The font that you use in a document can have a dramatic effect on the appearance of the document, as well as its’ ease of readability. This reason can lead certain individuals or institutions to have a required font for any document that you create. This is an easy thing to forget to change, however, so a good solution is to change the default font settings in Word 2010 so that all of the new documents you create use the required font by default.

Change the Default Font in Word 2010

The steps in the tutorial below are going to change the default font for every future document that you create in Word 2010. Old documents that you previously created, or which were created by someone else, will use still use the font with which they were created. With that in mind, follow the steps below to set up your default Word 2010 font.

Step 2: Press the Ctrl + D keys on your keyboard. This is going to open a new Font window. You can also access this window by clicking the tiny Font button at the bottom-right corner of the Font section of the ribbon at the top of the window. 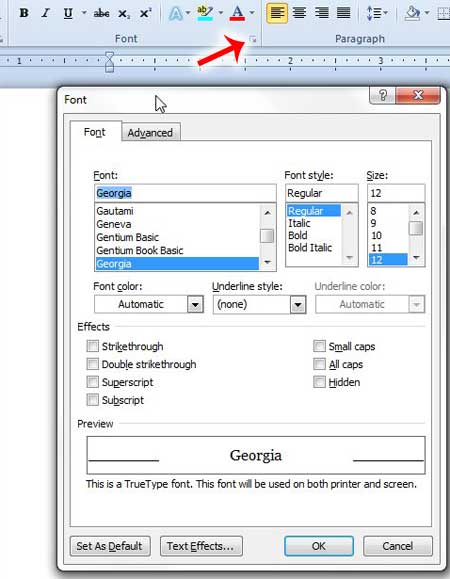 Step 3: Select the font settings that you want to use by default for all future documents that you create in Word, then click the Set as Default button at the bottom-left corner of the window. 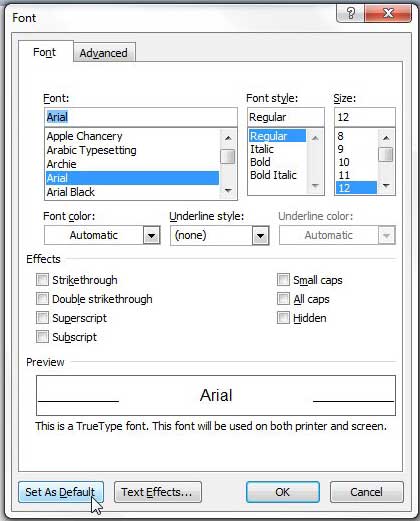 Step 4: Check the circle to the left of All documents based on the Normal template, then click the OK button.

If you close an re-open Word, you will see that the font you just selected is now the default font. You can also return to the Font menu at any time if you need to make additional changes to your default font.

Do you need to set a different value for your line spacing as well? Read this article to learn how to set default line spacing in Word 2010.