If you received a message on your iPhone, or if you notice a red circle on your Settings icon with the number “1” in it, then it’s time to install an available iOS update. The iOS 7.1 update was released today, March 11, 2014, and has a file size of 214 MB on the iPhone 5.

The entire update process should take approximately 10-15 minutes, depending upon your Internet connection speed. It is also a good idea to have a recent backup, either in iTunes or iCloud, in case something goes wrong with the update. You can learn about backups here.

Installing iOS 7.1 on an iPhone

This tutorial assumes that you are already running iOS 7. If your screen looks different than the images below, then you are running an older version of iOS. Note, however, that the method for updating iOS on older versions is still the same. 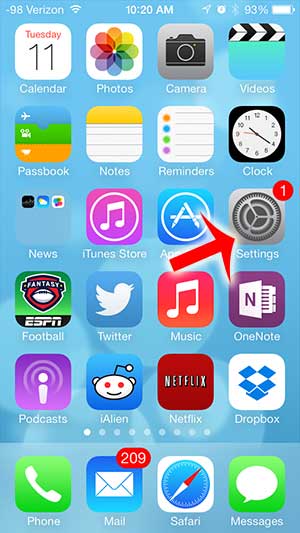 Step 2: Depending upon whether you have been in the Settings menu since the update was made available, you may be taken directly to the update screen. 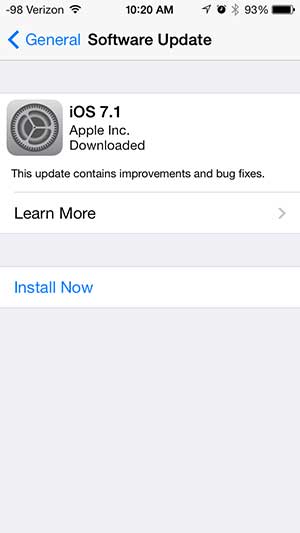 If not, then you will need to select the General option – 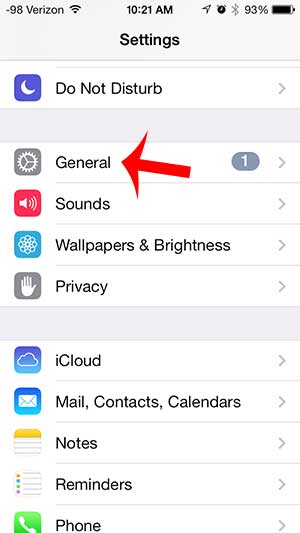 Followed by the Software Update option. 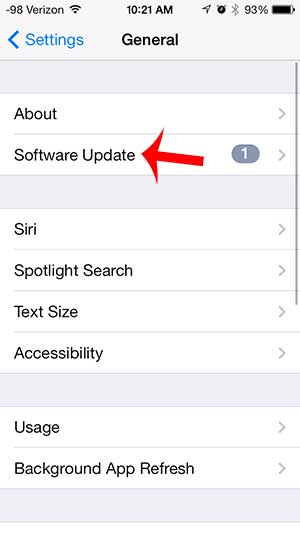 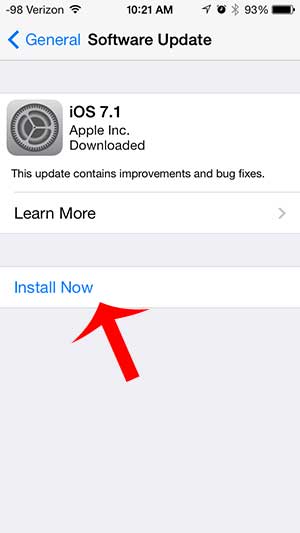 Step 4: Touch the Agree button at the bottom-right corner of the screen. 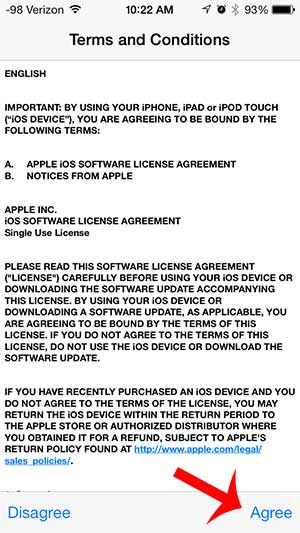 The update will take several minutes from this point, and will turn off, then back on. You can return to normal phone usage once you can interact with your screen. You can read about the contents of the iOS 7.1 update here.

If you need to free up some space on your iPhone, then our complete guide to deleting things on the iPhone 5 might come in handy.